Due to its safety and strength, tempered glass is used in many industries and applications. Can it be used for making aquariums?

Tempered glass is good for aquariums because it is sturdy, durable, safe, and has the same clear transparency as ordinary glass so that you can clearly watch the content of the tank. In essence, tempered glass makes a better aquarium tank than ordinary glass due to its sturdy nature and ability to safely break into small pieces.

But there are far more innocent reasons to justify purchasing tempered-glass-made aquariums. Read through this content to explore more facts about tempered glass.

Why You Should Go for Tempered-Glass-Made Aquarium

Tempered Glass is Strong and Durable

Generally, tempered glass is four to five times stronger than ordinary glass. For that reason, when used to make aquariums, you are guaranteed an aquarium tank that may last four times longer than that made from ordinary glass.

The tempered glass aquarium is scratch-resistant and the walls are strong enough to withstand the pressure from the content. If well taken care of, the tank can outlive the owner.

But what makes tempered glass that strong?

Tempered glass undergoes special treatment during processing that makes it stronger. During tempering, a glass is subjected to a special heat treatment during which it is heated to 680 degrees celsius. After heating, the glass is cooled rapidly through a process called quenching.

Watch this video for further explanation:

From the video, you have seen the amount of force you will require to break a tempered glass as demonstrated by hitting it with the hammer. That simply means chances of rock or any other object damaging the bottom or any other part of your aquarium tank will be reduced is minimal.

Who doesn’t fear pieces of broken glass? The good news, tempered glass doesn’t break into such dangerous pieces. Instead, it breaks into pebbles that are less likely to cause injuries if they accidentally fall on uncovered skin.

Tempered glass acquires this unique quality during the tempering process. During quenching, the middle of the pane cools slower than the surface. That means the middle part will take more time to cool than the surface. For that reason, it will tend to pull the outer surface to create tension while the outer surface remains in compression. This is what gives the glass its strength and unique breakability.

From the video, the glass breaks into pieces that are similar to what is in the diagram below when hit by the hammer. These pebbles don’t have a sharp edge and are less likely to cause injuries compared to the large sharp pieces of ordinary glass. Your tempered-glass-made aquarium will shatter into these pebbles when it breaks making it safe.

Tempered glass makes aquarium tanks with half thickness and lighter than normal glass. However, this is always a non-issue when dealing with smaller aquariums. The small aquarium is not heavy and you can mount it on your rack without worries.

However, when dealing with large aquariums, weight becomes a consideration. Transportation and placement may be a challenge with the heavy large aquarium. For that reason, you need a large but light aquarium tank and a tempered-glass-made aquarium provides just that.

Even though tempered glass has some shadowing effect, you will only notice this when you observe the glass so closely. Otherwise, tempered glass aquarium tanks seem to have a perfect transparent surface just like ordinary glass.

Tempering does not interfere so much with the glass light transmission. You can clearly observe the content of the aquarium. A ¼ clear tempered glass will allow about 90% of visible light to pass through.

With that said, a lot of aquaria are not made from tempered glass. However, aquarium tanks made from other materials such as ordinary glasses and acrylics are still in large numbers. If you don’t know how to identify tempered-glass-made aquariums, you fail to get what you want. So, how do you distinguish tempered aquarium glass from ordinary aquarium glass?

How Do You Tell An Aquarium is Made of Tempered Glass?

Tempered glass is given some special treatment during processing resulting in a product with a unique structure. For that reason, distinguishing one from a normal glass is not rocket science. Here is a simple way to differentiate a tempered aquarium tank from the normal one.

Polarized Glasses: During the tempering process, the glass develops some shady lines or spots as a result of intense heating and handling. You can see these lines by viewing through the tempered glass aquarium tank using polarized sunglasses. Or, you can place an LCD screen behind the glass at 45 degrees angle and look at the screen through a polarizer filter.

If you notice the shady lines or stripes, that is an indication that the glass is tempered. If all is clear, it means the glass is non-tempered.

Smooth Edges: For a tempered-glass-made aquarium tank, the edges are rarely straight. The tank will have warps and nipples at its edge.

Breakability Pattern: When tempered glass breaks, it shatters into relatively tiny and harmless pieces with fewer sharp edges. On the other hand, an ordinary annealed glass will break into slices with sharp edges.

You don’t have to break your newly purchased aquarium to confirm its breakability pattern. What we are saying is that in case it breaks, or part of the tank slices off and shatters into tiny granules, it would be a confirmation that your aquarium tank is made of tempered glass.

Distorted Appearance: Tempered glass usually looks distorted if you keenly look at it. This is a difficult property to notice but just take your time and observe your aquarium tank closely. If it is made of tempered glass, you will notice certain distortions like slight bendings.

The reason for this is that during the tempering process, the glass is intensely heated and it becomes mendable during scotching. So, when the tong picks the glass, the glass can get distorted in some way.

No Reflection: You can also put your hand in front of the aquarium tank, if you do not see your hand as you would in a mirror, then the aquarium is made of tempered glass. This is because the light is not reflected from the tempered glass as it would from a non-tempered one. 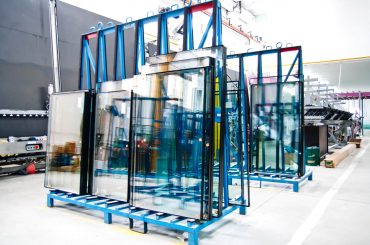 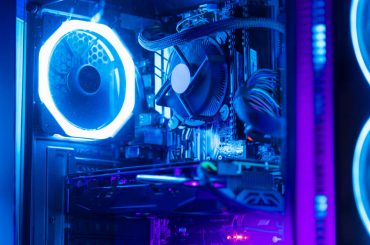 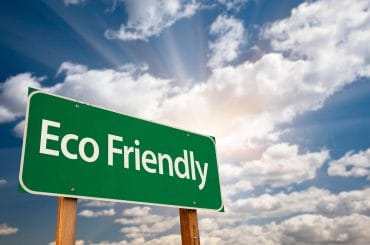 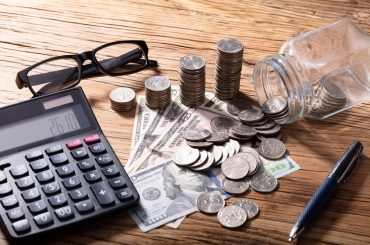 Is Tempered Glass Cheap? (7 Facts You Should Know)