There is no denying it. Erbauer power tools are the least most popular among all the power tool brands we have reviewed so far.

Admittedly, it would be unfair to expect the reputation of brands like Dewalt and Black&Decker from Erbauer, being that the latter has been around for barely a decade.

Being a newcomer, you are especially keen on their quality and worthiness for your money. Are Erbauer tools any good?

Erbauer tools are reliable and made with premium-grade materials. They boast a simplistic design, with their angle drivers, combi drills, and multi-tools being particularly easy to use. The unique Keep Cool technology Erbauer batteries are supplied with substantially increases their runtime and lifespan, reducing overheating.

Of course, there is a lot to know about Erbauer power tools. The good news is we have extensively done our research and on-hand investigation of these tools enough to give you an authoritative exposition on this power tool brand.

Who Makes Erbauer Tools and where?

From our research, there was no standout manufacturer behind Erbauer tools. They appear to be exclusively distributed on Screwfix. Erbauer is barely over ten years old.

Most of Erbauer’s power tools are designed and produced in Asia, mainly China and Taiwan. Materials used for their production are sourced from there as well.

Are Erbauer power tools easy to use?

Among all the Erbauer tools we tested, we will recommend their Combi drills and plunge saws for their ease of use.

Particularly, Erbauer Combi drills are fitted with auxiliary handles. This was a massive addition only obtainable from high-end models from manufacturers like Milwaukee.

That Erbauer combi drills could feature this and yet be so affordable was awesome. With this handle, you have unopposed control over the drill.

This is a huge upgrade (regarding convenience) on handles that commonly fit around the drill’s throat (restricting maneuverability).

We also liked the electric brake facility that comes with most of Erbauer’s combi drills. With such brakes operational, the drill driver automatically stops upon the release of the speed control trigger.

Another Erbauer tool whose ease of use impressed us was the 85mm electric plunge saw (240v).

This saw was fitted with a scribing function. This meant we could cut without worrying about splints. This scribing function was also helpful when we cut really close to a barricade (like a wall).

Next, this plunge saw was supplied with switch lock mode. This simplified usage as the saw didn’t fluctuate between speeds (an infamous nightmare with plunge saws) when we used it.

Erbauer power tools are built to last. The bulk of their tools – regardless of their affordability – are produced with professional-grade materials.

We can’t help mentioning the durable build of Erbauer combi drills. To affirm that Screwfix had longevity in mind when making these tools, these drills are outfitted with a 13mm all-metal keyless chuck. You don’t commonly see this robust build around.

Erbauer tools present a shock-resistant design. Their sturdy build ensures they don’t go shattering upon the slightest impacts or collisions.

How do Erbauer tools perform?

Take Erbauer combi drills, for example. These monsters could deliver torque as intimidating as 120 Nm.

You don’t easily get this high torque from heavy-duty brands five times the cost of Erbauer power tools.

Erbauer impact drivers didn’t let us down either. They gave us up to 160 Nm at peak torque.

Talking about speed, some Erbauer jigsaws stunned us with no load speed running as high as 3000spm.

What type of motors do Erbauer power tools have?

The motor design is one of the principal reasons why Erbauer can deliver such top-class performance. The new cordless EXT range from Erbauer stunned the market for its advanced brushless motor design.

Courtesy of such brushless design, these tools deliver far less heat and friction when running. Ultimately, you get batteries that last longer, providing higher run time and superior efficiency.

Conventionally, Erbauer tools operate the EXT one battery system. The beauty of this is that you can power a more expansive stretch of tools with just one battery, enjoying enhanced torque, increased motor life, and ultimately more power delivery.

The Keep Cool Battery invention is one of the highlights of Erbauer battery design. There was a notable step up from the previous standard batteries Erbauer used before.

This way, these new Erbauer batteries can deliver at least 25% longer than their predecessors, even lasting twice as much. Most of these batteries come in the range of 2Ah, 4Ah, and 5Ah.

It is also interesting to note that most Erbauer batteries are decked with an indicator at their ends. This is valuable as it informs you of the amount of power remaining and how soon your battery would be due for charging.

How much do Erbauer power tools cost?

When we tell you Erbauer tools are ridiculously cheap, we mean every word of that. Erbauer is trying to penetrate a congested market.

We wouldn’t say it is a bad strategy either, as it allows us to enjoy premium power tool functionalities for three times less than their conventional price.

Their jigsaws commonly go for around $30-$206. The Erbauer drill saws we saw were within the range of $83-$210. The Combi drills came a bit higher, with some models running above $235.

Where can you buy Erbauer power tools?

This policy applies when any of your Erbauer tools has a manufacturing defect.

It is easy to underestimate this saw until it gets to work. With a 48-tooth TCT Blade, this saw delivers up to 1400W.

It makes cutting a walk in the park, cutting as deep as 67mm. It is versatile, with its 6-speed control allowing you to vary its application from light jobs to relatively heavy-duty projects.

Safety? This saw answers with the electronic brake. More interestingly, this saw is equipped with double 700mm rails whose track adjustment we couldn’t help but admire.

The F-clamps and the dust extraction port made using this saw more fun than work.

This is the guy for the really tough tasks. It is a robust combination of a chisel, hammer drill, and traditional drill.

What comes to your mind when we say tough? This cordless drill can deliver impact energy up to 2 joules!

We loved the motor design. This tool is fitted with Erbauer’s advanced brushless motor technology, enabling this plus drill to deliver more torque and power.

The ergonomics didn’t disappoint. More than being fitted with an electric brake, this tool also features anti-vibration technology.

This means the tool didn’t gyrate us too much when working at peak levels. 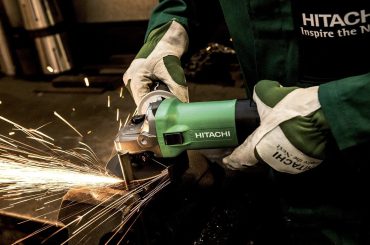 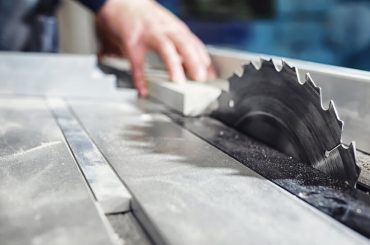 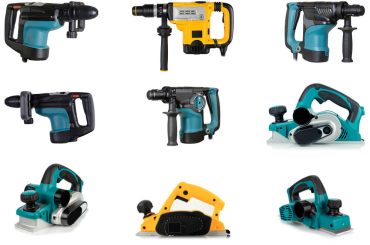 Are Black and Decker Power Tools Any Good? (10 Helpful Tips)