If you have been an ardent lover of horror movies since the 1990s, there is almost no way you wouldn’t remember the notorious Chucky doll. Yes, Chucky, the principal antagonist from Child’s Play franchise. So famous was Chucky that his look-alike dolls now sell like hotcakes. But then you may ask, “what is the Chucky doll made of?”

Depending on the dollmaker, Chucky dolls are commonly made of polyvinyl chloride (PVC) and fabric. Rotational molding technology is prevalently used in producing the body while the hair is sewed or glued onto the head. The hair can be synthetic hair or even human hair. For flexibility, the bulk of Chucky dolls are articulated so that you can independently move the body parts into poses.

Before we dig extensively into the material makeup of Chucky dolls, it is only fair we briefly examine the original history of this doll and how it got the curious name “Chucky”.

How did the doll get its Chucky name?

The doll derives its name from a fictional character in the Child’s Play franchise, Chucky Lee Ray. This character happened to be a notorious serial killer who leverages his voodoo powers to transfer his soul into a doll when he sustained a fatal gunshot wound.

Yes, that is how the Chucky doll came to life and perpetually through the franchise strives to restore itself to the befitting human body, leaving a trail of murders in its wake. Enough with the history class. Let us now investigate what this doll is made of today.

What is the Chucky doll’s body made of?

Fundamentally, let us establish there is no universal standard for the body material makeup of the Chucky doll. Since the doll is adapted from a movie (and not exclusively patented), several dollmakers have varying material compositions as suiting their customers.

That said, thermoplastic is the most commonly used material for the doll’s body. Some producers design the body from POM (polyoxymethylene) thermoplastic connectors.

Such POM body material is preferred for its longevity. Now for the doll to be capable of a broad spectrum of poses, such POM-base body is plated with soft foam for enhanced flexibility.

What is the Chucky doll’s face made of?

The generality of Chucky dolls’ faces has moderate texturing. Consequently, they are not too hard when felt, neither are they too soft.

This explains why vinyl is the favorite material used for the face of Chucky dolls. This is further enhanced with some sprinkled freckles on the doll’s face to better visualize the signature look of Chucky in the movie.

What is Chucky doll’s hair made of?

Chucky dolls are supplied with wigs attached (preferably with adhesives) to the doll’s scalp. For most mass-produced Chucky dolls, this wig is produced from a woven mesh base of synthetic hair.

Aside from synthetic hair, mohair is another variant a Chucky doll’s wig is made from. For hand-made custom Chucky dolls, you can expect to pay quite a premium to get your doll to be supplied with human hair.

But then, how can you be sure that it is original human hair? When you could simply pluck a strand off the Chucky doll’s wig and burn it.

If original, the strand should burn at a significantly reduced pace while emitting a distinct sulfurous odor. This smell is attributable to the inherent keratin component of human hair.

What are Chucky doll eyes made of?

The eyeballs of most Chucky dolls are made from polymer clay. This is further painted sharp blue to arrive at the characteristically sky-blue eyes of Chucky in Child’s Play movies.

Some manufacturers go a step further in decking the surface of their Chucky doll eyeballs with UV resin. This is to sustain that glint (and make it look more realistic) for a longer time.

What is Chucky doll cloth made of?

Chucky dolls’ clothing apparel is almost the same across all manufacturers. This includes a pair of dungarees (with the famed “Good Guy” tag emblazoned on it in red) and a fabric sweater interspersed with bands of blue and red.

This sweater has the renowned red band at the doll’s wrist. Hand-made Chucky dolls usually have wrists girded with Velcro straps for easy opening.

It depends on the type of Chucky doll you buy. Top Chucky doll manufacturers like Trick or Treat Studios, Mezco, and Medicom produce Chucky dolls with articulated joints.

An articulation joint comprises a socket. Courtesy of this articulation facility, you can move specific body parts of such Chucky doll independent of other parts.

This way, your Chucky doll can have a firm pose. More specifically, the Talking Pizza Face Chucky by Mezco boasts 11 articulation points.

Not all Chucky dolls talk. It majorly depends on the design – and of course, your budget. High-end Chucky dolls come with pre-recorded phrases that the doll can voice when you press the voicebox.

This type is commonly fitted with batteries being that the voicing is electronic. Take the Mezco Talking Pizza Face Chucky doll, for example.

This doll comes with seven pre-recorded phrases, including Chucky’s famous catchphrase (from the Child’s Play movie when Andy was introduced to Chucky): “Hi. I’m Chucky. And I’m your friend until the end. Hidy ho!”

Do Chucky dolls come with accessories?

In the movie, the Chucky antagonist has three famed killing tools: a ruler, bat, and baseball. But the generality of Chucky dolls manufacturers doesn’t supply their Chucky dolls with these accessories.

However, for dollmakers like Medicom, their Chucky dolls come with the said three accessories (bat, ruler, and baseball), completing Chucky’s infamous evil toolbox.

We can’t definitively say that all Chucky dolls are expensive. It depends on the features that specific doll has and how closely it mimics the Chucky antagonist in the main movie.

For a Chucky doll made with padded foam, you can get it anywhere from $100-$150. But for a closely resembling Chucky doll (as the movie character) and even further sophisticated with pre-recorded phrases, you can expect to spend in the region of $700. 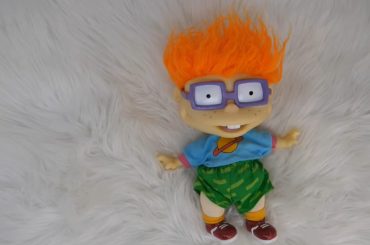 Are Rugrats Dolls Worth Anything? {Reviewed} 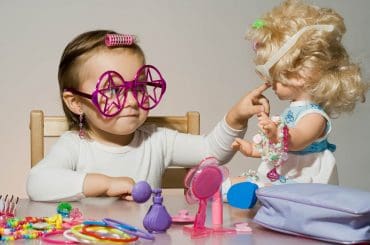 What is the Coraline Doll Made of? (Complete Materials Tips) 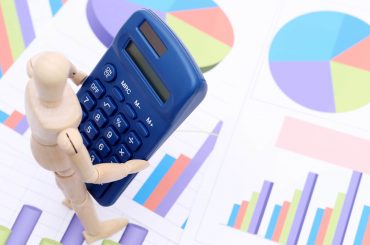 Why Are Coraline Dolls So Expensive? (Here’s the Thing) 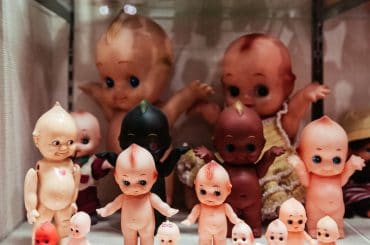 How to Identify a Kewpie Doll? (8 Great Tips That Works)