Across the last two decades, kegerators have rapidly penetrated the mainstream refrigeration and dispenser industry. Edgestar kegerators happen to be a household name among draught beer lovers. But then you want – and rightly deserve – top value for your hard-earned dollars. So you ask, “are Edgestar kegerators worth my money?”

Edgestar kegerators are versatile and robust, excelling at both residential and commercial brewing applications. They are long-lasting, typically fortified with a stainless steel build that is anti-corrosion and anti-tarnish. They are pretty easy to use and mobile. That said, most Edgestar kegerators are not compatible with rubberized extra-large kegs like Coors and Miller.

Investigating the worthiness of Edgestar kegerators for your money would involve us learning about other critical details like their usability, durability, efficiency, and of course, cost. Let’s go!

Where are Edgestar kegerators made?

This is a kegerator for the ages. Yes, the robust construction of Edgestar kegerators affirms the manufacturer’s lovable obsession with longevity.

To start with, most of their models are fitted with stainless steel material, ranging from the door to the column.

This means your kegerator is less prone to deterioration from corrosion and tarnish. These kegerators yet maintain their aesthetic allure even after years of usage.

Another hallmark of Edgestar kegerators’ durability is the chrome-plated brass faucets. Such chrome plating goes a long way in reducing your kegerator’s vulnerability to delamination, further improving its look on the eyes.

Are Edgestar kegerators easy to use?

Aside from chilling efficacy, user experience is one of the most crucial determinants of the kegerator you go with. The good news is Edgestar is a brand that keeps their kegerators simple stupid.

Their latest ranges of kegerators are fitted with digital thermostats. Thanks to such facilities, it is effortless to keep an eye on the internal temperature of the beer and make adjustments when necessary.

The door reversibility of most Edgestar kegerators also affirms Edgestar’s prioritization of ease of use. These doors make it easy to install your kegerators across a broader range of built-in possibilities.

What is more, the bulk of Edgestar kegerators we examined had casters which made moving them more fun than work.

How well do Edgestar kegerators chill?

We get asked this a lot, admittedly. It is easy to rave about Edgestar kegerator’s chilling prowess. One reason behind this feat is the Deep Chill feature these kegerators incorporate.

With this functionality, you can – with a quick button press – get your Edgestar kegerator cooling to remarkably low temperatures.

Aside from the 32 and 50 Fahrenheit temperature range commonly obtainable in the market today, some EdgeStar kegerators chill even lower than 30F. You don’t come across this regularly, for sure.

Are Edgestar Kegerators safe and efficient?

Moving on to efficiency, we admit that it is quite a letdown that Edgestar kegerators don’t have the prestigious Energy Star rating.

We wouldn’t say this is an unforgivable disadvantage as Edgestar’s efficiency wasn’t bad at all in our tests.

Aside from energy efficiency, Edgestar impressed us with its dispenser efficiency. Its forced air-cooled beer tower facility excelled at significantly reducing the amount of beer lost to initial pour foaming.

When measured on versatility, we would give Edgestar kegerators a modest rating. Let us start by applauding their built-in capability.

Courtesy of the front ventilation (majority of Edgestar kegerators have), it is seamless building these kegerators into your cabinetry – or even stationing it under the counter.

On the other hand, it is worth reminding you that some of Edgestar’s best models, like the KC2000, are not compatible with nonstandard or rubberized kegs like Coors and Miller.

This won’t be much of a problem if you have traditional U.S 1/2 and 1/4 kegs. They work well with EdgeStar kegerators.

Compared to the generality of kegerators in the market today, Edgestar is reasonably spacious. Their models – like the BR3002BL – can readily keep just any size of kegs, even including ½ barrels and as many as triple sixth barrel kegs.

Furthermore, some of Edgestar’s kegerators offerings are designed so that you can remove the back. This way, you can externally mount your CO2 tank. This creates judicious space for you to store more inside.

How much do EdgeStar kegerators cost?

The 20-inch wide ultra-low temp refrigerator for kegerator conversion was the cheapest we saw in Edgar’s lineup, coming at $375. The costliest we came across was the 24-inch wide outdoor double-tap kegerator, which went for $1,899.

Do Edgestar kegerators have warranty coverage?

Yes. These kegerators are covered by a 12-month warranty policy covering all defective parts.

This is accompanied by a 90-day labor-free manufacturer warranty on all kegerators you get from Edgestar.

Edgestar has been in the kegerator industry for more than 17 years. Within this lengthy span, they have introduced a broad array of kegerators into the market.

Which are their best-performing kegerators so far? We did our investigation, and here are the models we found most outstanding in their lineup.

There is a consensus among kegerator connoisseurs that the KC2000 full-size kegerator and keg beer cooler is the best product to have emerged from Edgestar’s kegerator lineup.

Among many other mouthwatering features, this kegerator comes with a 5lbs CO2 tank. This is a significant step up over kegerators (in the same category) that give you 2.5lb tanks.

Its sleek stainless steel build gives you a kegerator that not only stands the test of time but also stays beautiful while doing so.

For extra sturdiness, this kegerator is fitted with a metal floor plate with an admirable touch. This ensures your kegerator wouldn’t despair when loaded heavily.

Edgestar makes a point by furnishing the KC2000 with some of the best kits we have seen. This includes topnotch facilities like spanner faucet wrench, drip tray, draft tower, and NSF-certified beer line.

Interestingly, this kegerator can be easily converted into a standard fridge. The only “stain” this kegerator has is its incompatibility with full-size nonstandard kegs like Miller.

While the KC2000 is freestanding, the EdgeStar KC1500SS is a built-in model giving you a broader range of installation options.

Regarding spaciousness, this model can accommodate a Cornelius keg or a slim quarter.

Monitoring this kegerator’s internal temperature is simplified, thanks to it being supplied with a digital thermometer.

Of course, there are many other features we admire in this model. Top of the list is the KC1500SS’s force air refrigeration technology.

With this, you are assured of a deliciously chilled pour just any time. The reversible door design and front ventilation are also worth commending.

It comes with a digital thermostat

The door is reversible

For a small kegerator, it ought to be a bit cheaper 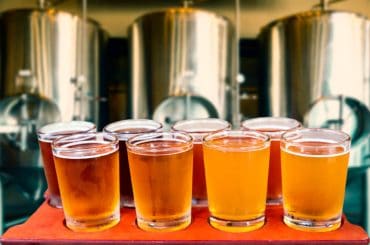 Kegerators & CO2: 9 Answers You Should Know (For Beginners) 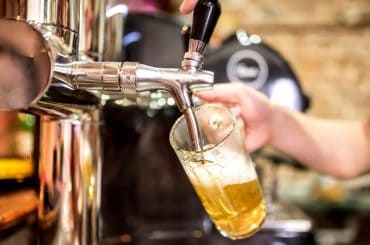 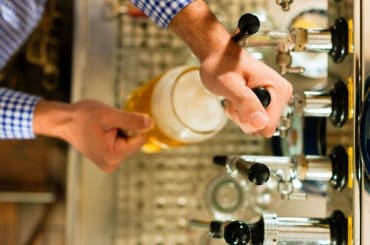 Why Are Kegerators So Expensive? (It Saves You Much Actually) 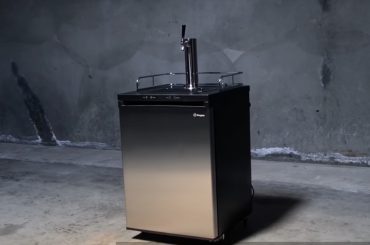