Some of the prevalent problems with Grundig fridge freezers include compressor malfunctioning, noisiness, low freezer temperature, and condensation on the refrigerator’s walls. In most cases, these challenges are triggered by improper usage by customers and not necessarily manufacturing defects from the Grundig freezers.

It wouldn’t help to tell you the common challenges with Grundig freezers and jump off. We would go a bit further to examine each of these problems and how you can resolve them.

It would be unfair to say this problem is exclusive to Grundig fridge freezers, and this is, in fact, one of the most common complaints of technically savvy fridge owners.

Your Grundig refrigerator’s compressor can malfunction. The effect of this is commonly seen in the fridge unusually tripping.

Several things can cause this defective compressor. The prevailing is sudden power surges or power failures.

It is not unusual for the compressor’s protective thermic to blow out when the power supply is suddenly interrupted.

If your MCB circuit breakers have not been damaged, your fridge may start working again with the compressor’s functionality becoming restored.

This should happen within six minutes of power getting restored. But if the power-related inadequacies hurt your circuit breakers, your compressor wouldn’t work. When this happens, you are advised to get the services of a Grundig Authorized Service Agent.

2. Grundig Freezer Temperature is too low

In our survey of the problems Grundig fridge owners commonly face, low freezer temperature came top of the list. Here, the freezer forms frost rather too quickly.

The conventional temperature range for contemporary fridges sits between 0ºF and 5ºF. Anything lesser than that could be too low.

Yes, some homeowners may inadvertently adjust their freezers to extremely low temperatures. But more typically, very low freezer temperatures result from poor airflow. The latter is more associated with a defective air damper.

When your Grundig air damper goes bad, an excessive amount of cold air is stored in your freezer. The implication is the compressor working too hard to replenish the cold air that is incorrectly stationed in the freezer instead of the fridge.

Should this be the case, carefully inspect your freezer if any item is binding the damper. To ensure that the control is efficiently operating the damper, you would need to unplug the fridge and take off the damper cover.

We have seen many Grundig fridge owners being worried about condensation collecting on their refrigerator walls. This could be on the refrigerator’s internal walls or the sidewalls of the fridge section.

Curiously, such condensation pooling on the refrigerator’s walls doesn’t imply a severe refrigerator malfunction. In fact, it is normal, especially when the surrounding temperature is slightly elevated.

In areas of increased humidity, such condensation or icing can also occur on the inner walls of the refrigerator. These conditions can also trigger condensation on the fridge section’s sidewalls. When atmospheric humidity levels disappear, the condensation evaporates.

There could also be cases when moisture collects between the double refrigerator doors. Humidity could yet be responsible. In such conditions, it is necessary to turn off the “Energy Saving” mode.

Frequently opening your refrigerator’s doors – or sustainably leaving the doors ajar – can also cause condensation on the walls.

In other scenarios, a thermostat set to a significantly low temperature can cause such icing on the walls. If true, moderate the thermostat setting back to normal.

This is another familiar inconvenience with Grundig’s refrigerators. Yes, it can be really messy as if your Grundig refrigerator doors don’t create a perfect seal when they close.

Cold air emerging from the fridge can permeate your space, making it unnaturally cold. On the other hand, hot air can also escape from the outside into the fridge. The latter can be damaging as your compressor would be forced to overwork unnecessarily.

The good news is that some simple hacks can help you resolve this. First, ensure that your Grundig refrigerator is resting on an even platform.

It is important this platform – commonly the floor – is robust enough to accommodate the weight of the refrigerator without caving in or tilting.

If the doors fail to properly close after these preliminary procedures, check the food arrangement in the refrigerator. Start by checking for misaligned shelves that could be impeding the doors.

Also, inspect for open crisper drawers and misaligned food containers. If you find any, reposition the misaligned items. Otherwise, something could be amiss with the refrigerator door gasket.

Commonly, dirt, grime, and grease could clog the gasket, particularly the fold interiors. You may proceed to clean the door gaskets with a soft cloth dipped in soapy water (preferably warm).

5. Grundig fridge consumes too much energy

Homeowners are well within their rights to worry about their utility bills. Therefore, it is not the most amicable situation when your fridge pushes your bills through the roof.

What could be causing such poor energy efficiency in your Grundig refrigerator?

First, it could be that you leave your refrigerator doors open for too long. Overloading the refrigerator is another reason why energy consumption could increase.

This is because when the airflow within the refrigerator is hampered – consequent to such overloading – the fridge’s cooling capacity drops, causing the compressor to compensate for that.

Also, your Grundig refrigerator may exhaust more electrical energy to sustain optimal performance when too directly exposed to sunlight or other heat sources. Such heat sources include stoves, ovens, hobs, and heater sources.

Thawing frozen items in your Grundig fridge section is one brilliant technique to reduce your refrigerator’s energy consumption.

Also, Grundig advocates using the drawers and baskets that come with its refrigerator’s chill section. These facilities are specially optimized for low energy consumption.

Lastly, one way to improve your refrigerator’s energy consumption is to prevent contact between the food stored in the freezer compartment and the temperature sensor.

It is not uncommon to find Grundig refrigerator owners raise concerns about their refrigerator’s noisiness or unnatural vibrations.

Such noisiness or vibration could arise from the refrigerator being improperly balanced. When the platform on which your Grundig refrigerator rests is not level, the appliance may experience a rocking movement as it works. Such jerks could cause items on the refrigerator to make noise.

In other cases, you could hear noises emanating from within the refrigerator. This could sound like something being sprayed or liquid flowing on the inside.

This is normal and not entirely suggestive of a fault. Depending on the operating principles of your Grundig refrigerator, it is not abnormal for gases and liquids to flow inside.

In situations when you hear sounds like whistles coming from your refrigerator, it could be a problem with the fan. You may consult an authorized technician to check your fridge if the noise is too prominent.

Seven common fridge freezer faults and how to deal with them 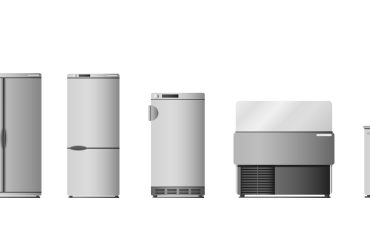 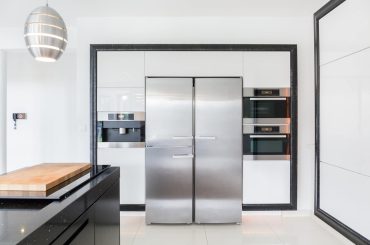 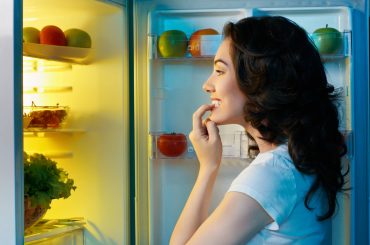 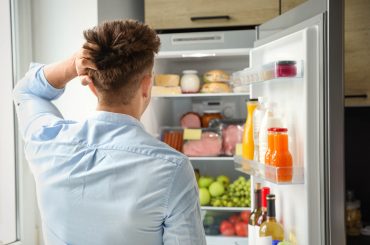 Are RCA Freezers Any Good? {4 Helpful Tips for Beginners}